Hard Hat Colour Codes: What You Need to Know

As of January 2017, Build UK, who represents some of the UK's biggest contractors and trade associations, has mandated new hard hat colour codes.

Do you need a Hard Hat or a Bump Cap? Bump caps are not covered by these changes.

Excepting Network Rail workers, whose sites only permit white and blue safety helmets, all other construction sites - new and existing - will be expected to change their helmet colours according to the wearer's site role.

Why were the colour codes changed for hard hats on sites?

The colour coding system was released April 2016, and is designed to identify workers by their safety qualifications.

The system is intended to reduce on-site dangers by making it easier to note the experience of each person on a construction site. Those trained in first aid, and fire marshals will wear stickers on their helmets for easy identification.

What do the new hard hat colours mean?

The new hard hat colour codes are as follows:

To reiterate, these standards and the new colour coding will be industry recognised, so - wherever you are in England - you’ll know who does what and who is qualified in various safety measures.

That means no more green and yellow hard hats on the highway!

Can I still add my logo to a hard hat?

All helmets must meet British Standard BS EN 397, so full wrap stickering won't be allowed - but you can still safely have your logo printed onto a hard hat so long as your supplier adheres to safety standards.

Just one more reason to always choose a BSiF Registered Safety supplier like XAMAX® as your trusted customisation specialist.

The new regulations WILL cost companies if they don’t comply immediately and HSE may halt projects if site workers aren’t wearing the correct coloured hard hats.

This happened in 2008 in Aberdeen when a £285 million construction project was stopped for incorrect hat colours, breaking Health and Safety regulations.

There is no excuse really. Hard hats are a relatively inexpensive piece of PPE, especially considering the dangers of not using them properly.

How much will all this cost me?

It is better to ensure that you and your colleagues are safe on site, than it is to hope for the best and save a few quid. Fines are being handed out and workers are getting injured.

In the long run, the new regulations will mean lower costs to employers, which is good news for companies. With fewer hard hat colours, companies will have to buy fewer variants, but initial replacement may be costly, if you haven't done it already..

Hard hats only have a certain shelf life anyway, as the plastic weakens and deteriorates over time, depending on the weather conditions of your particular site.

There should either be an embossed or printed ‘best before’ date on your helmet, or some brands have stickers that fade over time, letting you know when it’s time to replace it.

There is no excuse for providing or wearing an unsafe hard hat, so make sure everyone is covered correctly at all times.

What was the old hard hat colour coding system?

For those who are curious, the old regulations necessitated a staggering seven colours of hard hat: white, green, yellow, brown, blue, orange, and grey.

Forget those seven colours. Now, there are only a simplified four colours to remember, which should make it easier for everyone.

What will companies do with all of the old hard hats? And - most pressingly - can Bob the Builder be fined for wearing his yellow hat instead of a white one?

Where can I get hard hats with my logo printed on?

XAMAX® can supply you with high quality, fully compliant and customised hard hats at highly competitive prices. If your company needs new hard hats, check out our selection here;

All safety helmets and hard hats are available in the four regulation colours, meet all PPE standards and are available to add your logo to.

XAMAX® use direct pad printing techniques as well as indirect printing on our hard hats to ensure you get the quality you deserve. 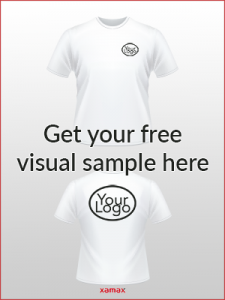